I mentioned in my overview of composition that one guideline is called the Rule Of Thirds and this involves dividing the image into a 3 by 3 grid like this: 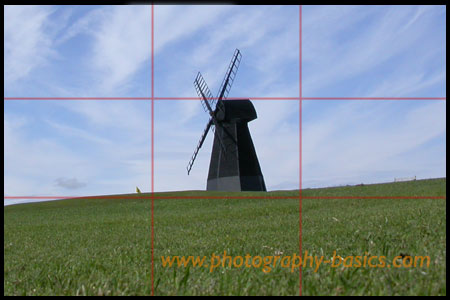 You can see in this example that the windmill is placed in the centre of the frame. This goes against the rule of thirds which says that you should put the main object in the image on one of the dividing lines or the intersecting lines.

This next image applies the Rule of Thirds which is meant to be a more eye pleasing image. 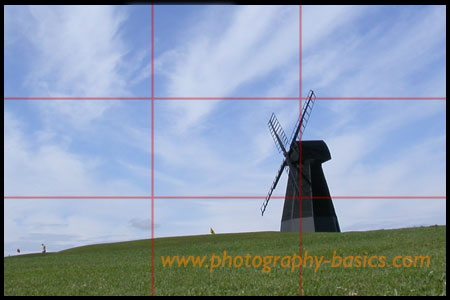 If you can ignore the grid lines, see which you think is the better image and let me know if you agree with the Rule of Thirds.

Looking into the frame

14 thoughts on “What is the Rule Of Thirds”